Conundrums host Jay Michael talks about the show, how to be a guest, how the show is produced and the goals for Conundrums. Jay is an award winning videographer with 19 years experience in broadcasting. He created Conundrums to provide a platform for interviewing prominent people in the paranormal field.
~~~
Scheduled guests in June include: 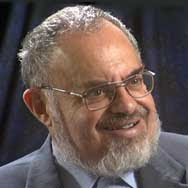 Stanton T. Friedman; Nuclear Physicist. He is the original civilian investigator of the Roswell incident. He received his BSc. and MSc. Degrees in physics from the University of Chicago in 1955 and 1956. He was employed for 14 years as a nuclear physicist by such companies as GE, GM, Westinghouse, TRW Systems, Aerojet General Nucleonics, and McDonnell Douglas. He has provided written testimony to Congressional Hearings, appeared twice at the UN, and been a pioneer in many aspects of ufology including Roswell, Majestic 12, The Betty Hill-Marjorie Fish star map work, analysis of the Delphos, Kansas, physical trace case, crashed saucers, flying saucer technology, and challenged S.E.T.I.
Show airs the first week of June.

Nick Redfern: Journalist, Ufologist; Nick is an active advocate of official disclosure, and has worked to uncover thousands of pages of previously-classified Royal Air Force, Air Ministry and Ministry of Defence files on UFOs dating from the Second World War from the Public Record Office and currently works as a feature writer and contributing editor for Phenomena magazine. Redfern has published numerous books on the subject of UFOS & Cryptozoology.
Show has been rescheduled for July. 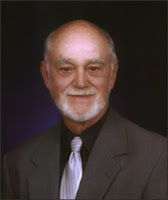 Dennis Balthaser: Independent UFO Researcher; Dennis is a Certified Mutual UFO Network Field Investigator, a member of Great Pyramid of Giza Research Association, and belongs to several ufology organizations. After some 33 years in Civil Engineering, Dennis retired from the Texas Department of Transportation in 1996. He is an independent researcher, journalist and lecturer living in Roswell, New Mexico. Dennis' focus is the Roswell Incident of 1947, however, his research extends to investigations of Area 51, underground bases and ancient Egypt.
Show airs the week of June 14th.

Jeffery Wells: Author, Historian; Georgia Military College Professor Jeffery Wells' new book, Bigfoot In Georgia looks at the history of sightings as well as the current state of the hunt for bigfoot in the Peach State. His book covers Bigfoot sightings in Georgia, including regional Native American tales, some early newspaper accounts, and other stories up to the present day.
It's an incredible treatise of Bigfoot in the south!
Show airs the week of June 21st.

About Conundrums:
Conundrums is a weekly talk/interview show featuring prominent people in the paranormal field. Topics include UFOS, Ghosts, Cryptozoology, Ancient Astronauts, and all aspects of the study. Conundrums is recorded on Monday night and 'airs' on or before Thursday evening. The program is available to watch on a multitude of distribution platforms.
Subscribe, bookmark and watch Conundrums each week!