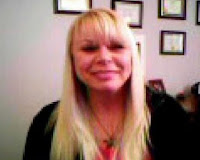 Episode#28: CC Carole; Ghosts; Paranormal Investigations; Para-Celebrities
CC Carole, aka "CC The Huntress" & "The Queen of the Paranormal" is a paranormal ghost huntress. CC hunts for ghosts alone unlike her counter parts on TV that hunt in large TV production groups. She uses everything she has in her arsenal (spirituality to science ) to track / hunt spirits and heal them.

CC Carole brings you a new educational perspective on the world of the paranormal in a way you have never seen before. She was born clairvoyant and the ability to communicate with the spirit world unmasked over time. "CC The Huntress" stars in her own TV /Internet Series called "CC The Huntress". She is the top rated paranormal personality with millions of views weekly of her shows. CC has made her mark hunting w/ crew members of Ghost Hunters & Ghost Hunters International. She also stars in The Next Step.

Show Notes: It was wonderful having CC back for another interview, she is one of the paranormal communities greatest treasures! Visit CC Carole on the web at her home page, CC Huntress. Watch CC Carole on The Next Step here. Watch videos of "CC The Huntress" in action here.
Be sure to follow Conundrums on Facebook & Twitter! You'll get behind the scenes info and show updates.

Audio Only: Audio MP3 file of this show available here.

Use the "Comments" link below to leave comments or questions for this episode.
About Conundrums: Conundrums is a weekly talk/interview show featuring prominent people in the paranormal field. Topics include UFOS, Ghosts, Cryptozoology, Ancient Astronauts, and all aspects of the study. Conundrums is recorded on Wednesday night and 'airs' on or before the weekend. The program is available to watch on a multitude of distribution platforms. Subscribe, bookmark and watch Conundrums each week!