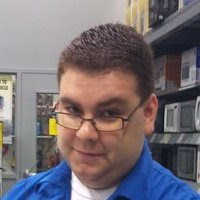 Sean Forker (born August 29, 1985) is the Founder of Anomalis Entertainment, Independent Bigfoot Researcher, and Vice President of the American Bigfoot Society. He is a resident of Williamsport, Pennsylvania.

Sean began his research at the very young age of 10, when his father gave him a copy of the book "Sasquatch the Apes Among Us" by John Green. He began to assimilate everything he could on the subject. He researched local woods during his teen years, what he considers amateur fieldwork. Sean did not begin serious field work until 2005, when he became an Investigator for the Pennsylvania Bigfoot Society. This is where he would meet the man he considers his mentor, Eric H. Altman, Director of that organization.

Show Notes: We had an audio problem at the beginning of the show but about 5 minutes into it we get the issue resolved so please bare with us until the interview begins. This is definitely one of the best shows so far, Sean is a plethora of information and we have some fun along the way! We cover the PG Film, the new show "Finding Bigfoot" and reality TV shows on Bigfoot, evidence, the Bigfoot Community and more! Don't miss this show!

About Conundrums: Conundrums is a weekly talk/interview show featuring prominent people in the paranormal field. Topics include UFOS, Ghosts, Cryptozoology, Ancient Astronauts, and all aspects of the study. Conundrums is recorded on Wednesday night and 'airs' on or before the weekend. The program is available to watch on a multitude of distribution platforms. Subscribe, bookmark and watch Conundrums each week!