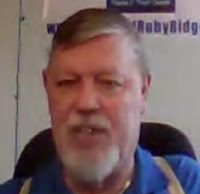 Episode #29:
Thom Cantrall is a fourth generation native of the west. He grew up on stories of Bigfoot and lived his life out of doors where these tales took on a new sense of wonder and immediacy.

His book, Ghosts of Ruby Ridge is a fictional tale about Sasquatch with intrigue and suspense weaved around a pair of hunters.
He owned and operated a small logging company in the PNW on the West End of the Olympic Peninsula, working and playing in the habitat of the elusive and enigmatic Sasquatch. It was sightings at this time that kindled his interest in the creature and led, eventually to this work.

After spending nine years in the US Navy, Thom was discharged while living on Washington’s Olympic Peninsula. He began college in Port Angeles, WA and finished his degree in Logging Engineering at the University of Washington in Seattle.

Thom is a prolific writer, having written and published articles on Construction, Logging and, especially on all facets of hunting and fishing.

Show Notes: Check out Thom's book, "Ghosts of Ruby Ridge" from his web site for an autographed copy! Visit us on Facebook & Twitter! Plus be sure to grab some Official Conundrums stuff in our store, proceeds support our broadcasts!

Audio Only: Download an MP3 file of the audio from this episode here.
~
About Conundrums: Conundrums is a weekly talk/interview show featuring prominent people in the paranormal field. Topics include UFOS, Ghosts, Cryptozoology, Ancient Astronauts, and all aspects of the study. Conundrums is recorded on Wednesday night and 'airs' on or before the weekend. The program is available to watch on a multitude of distribution platforms. Subscribe, bookmark and watch Conundrums each week!